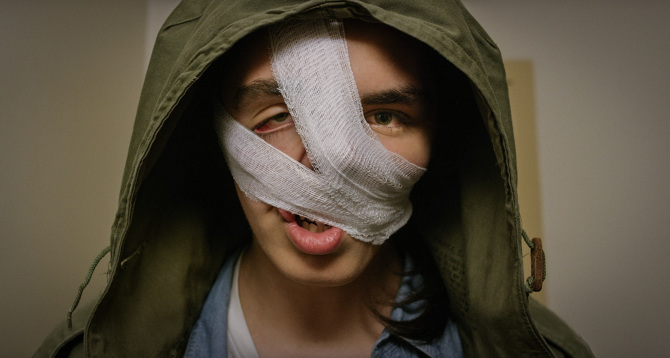 LOS ANGELES, Calif. – The Slamdance Film Festival today announced the Narrative and Documentary Feature Film Competition programs, as well as the lineup for its new Breakouts section, for their 25th edition, taking place January 25-31, 2019 in Park City. Slamdance continues to be the premiere film festival “by filmmakers, for filmmakers”, dedicated to fostering a community for independent emerging artists. The Directors Guild of America and Blackmagic Design are Presenting Sponsors of the festival.

The feature competition lineup boasts 18 premieres, including 10 World, 4 North American, and 4 U.S. debuts. In addition to the United States, films come to Slamdance from countries around the globe, including Argentina, Belarus, Brazil, Germany, India, Italy, Kenya, Poland, South Africa, and the United Kingdom. All competition films are feature-length directorial debuts with budgets of less than $1 million and without US distribution. Featured films were selected by a team of Slamdance alumni via a blind submission process and are programmed democratically. Films in both categories are also eligible for the Audience Award and Spirit of Slamdance Award, the latter of which is voted upon by filmmakers at the festival.

“When it comes to discovering talent, Slamdance has consistently shown that its artist-led community can do it themselves,” said Slamdance Co-founder and President, Peter Baxter. “In a milestone year, our competition lineup symbolizes this ongoing endeavor. It’s full of incredible talent representing a global diversity that we believe will play a significant role in our cultural future.”

In addition, the 2019 festival will see the return of the Russo Fellowship — a $25,000 prize launched in 2018 by celebrated festival alumni Anthony and Joe Russo (Captain America: Civil War, Captain America: The Winter Soldier, Avengers: Infinity War) to enable a deserving filmmaker the opportunity to continue their journey with mentorship from the filmmaking duo. Presented by AGBO Films in partnership with the festival, the inaugural fellowship was awarded to filmmaker Yassmina Karajah for her narrative short Rupture.

Also announced today is the lineup for the festival’s all-new Breakouts section. Breakouts are films by non-first-time-feature directors who demonstrate a determined vision of filmmaking that is instinctively becoming their own. These artists continue to push boundaries in genre and form, and are beacons of light that predict the future of film. Slamdance’s goal is to help daring and resilient filmmakers connect with bigger audiences and take their well-deserved place on the world cinema stage. The 2019 Breakouts feature the work of several Slamdance alumni, including Steven Soderbergh, who executive produced Beats, and Canadian filmmaker Alexandre Franchi who received the Audience Award for best Narrative Feature at the 2010 festival for The Wild Hunt.

“Our newly minted Breakouts section celebrates a group of experienced directors, including some Slamdance alumni, who are genuinely intent on taking bigger risks with their storytelling and career paths,” said Paul Rachman, Slamdance co-conspirator and Breakouts programmer. “These are films from around the world that deliver a bold vision from filmmakers with drive and intent to establish their unique cinematic voices.” 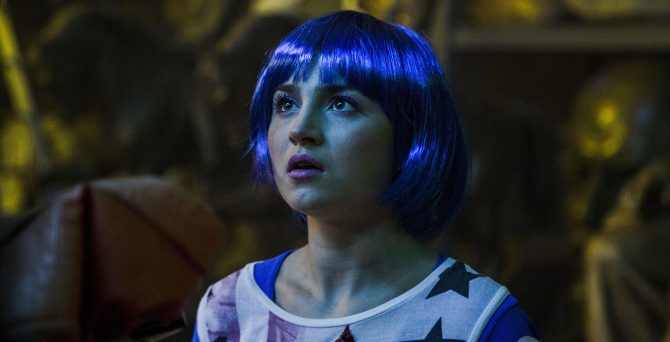 Hurry Slowly (Norway)
Director/Screenwriter: Anders Emblem
Hurry Slowly follows Fiona over a few life-changing summer months on the north-western coast of Norway, where she juggle the care of her brother, her job at the local ferry and her interest in music.
Cast: Amalie Ibsen Jensen, David Jakobsen, Lars Halvor Andreassen

Impetus (Canada) – US Premiere
Director/Screenwriter: Jennifer Alleyn
In the process of her ongoing film shoot in New York City, a filmmaker finds herself questioning the origin of impulsion. As she tries to overcome loss through creation, an unexpected event enlightens her journey.
Cast: Pascale Bussières, Emmanuel Schwartz, Jorn Reissner, Esfyr Dyachkov

The Vast of Night (USA) – World Premiere
Director: Andrew Patterson
Screenwriter: James Montague, Craig W. Sanger
At the dawn of the space-race, two radio-obsessed teens discover a strange frequency over the airwaves in what becomes the most important night of their lives and in the history of their small town.
Cast: Sierra McCormick, Jake Horowitz, Gail Cronauer, Bruce Davis

We Are Thankful (South Africa) – North American Premiere
Director/Screenwriter: Joshua Magor
When Siyabonga, a young South African actor hungry to expand his craft, gets wind of a movie production that is shooting in a neighboring town, the eager actor decides to set out a journey that will take him away from his quiet home life and out into a bustling world of possibility.
Cast: Siyabonga Majola, Sabelo Khoza, Xolani “X” Malinga, Amanda Ncube, Percy Mncedicy Zulu, Ntokozo Mkhize, Sibusiso “Sbu” Nzama, Luthando “Cminzah” Ngcobo

Behind the Bullet (USA) – World Premiere
Director/Screenwriter: Heidi Yewman
An in-depth look at four individuals who have pulled the trigger and the profound impact it’s had on their lives.

The Beksinskis. A Sound and Picture Album (Poland) – US Premiere
Director/Screenwriter: Marcin Borchardt
A famous Polish painter known for his dark and twisted imagery chronicles his son’s troubled life from the 1950s through the millennium.

Markie in Milwaukee (USA) – World Premiere
Director: Matt Kliegman
A mid-western transgender woman struggles with the prospect of de-transitioning under the pressures of her fundamentalist church, family and community.

Memphis ‘69 (USA) – World Premiere
Director: Joe LaMattina, Screenwriters: Joe LaMattina, Lisa LaMattina
A year after Martin Luther King Jr was assassinated, a group of blues legends came together to celebrate the 150 year anniversary of Memphis, TN. This concert documentary, shot over 3 days in June of 1969, celebrates an American art form that unites us all.

The Professional: A Stevie Blatz Story (USA) – US Premiere
Director/Screenwriter: Daniel La Barbera
A behind-the-scenes look at the magic of Stevie Blatz, an entertainment entrepreneur in Bethlehem, PA.

Seadrift (USA) – World Premiere
Director/Screenwriter: Tim Tsai
In 1979, the fatal shooting of a white crab fisherman in a Texas fishing village ignites a maelstrom of hostilities against Vietnamese refugees along the Gulf Coast. 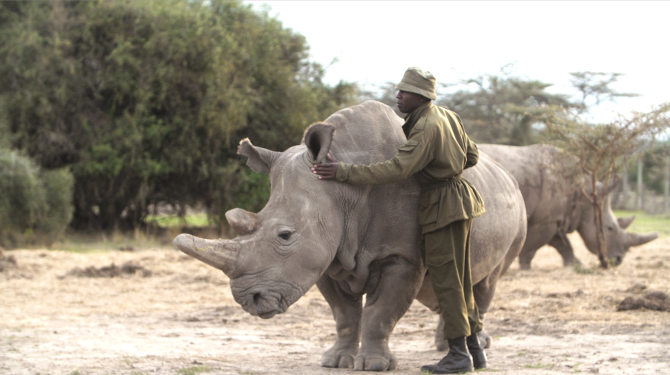 Sudan: The Last Male Standing (USA, Kenya) – World Premiere
Director: David Hambridge
Through the conservation efforts of a rhino caretaker unit in Kenya, we peer past the headlines into the emptiness of extinction in real time.

Beats (UK) – North American Premiere
Director: Brian Welsh, Screenwriter: Kieran Hurley, Brian Welsh
A universal story of friendship, rebellion and the irresistible power of gathered youth – set to a soundtrack as eclectic and electrifying as the scene it gave birth to, BEATS is a story for our time.
Cast: Cristian Ortega, Lorn Macdonald, Laura Fraser

Demolition Girl (Japan) – World Premiere
Director: Genta Matsugami, Screenwriters: Yoshitaka Kasui, Genta Matsugami
A high-school girl who lives in a rural town in Japan struggles to define her own way in life. To help her impoverished family she works as a video fetish performer which leads to problems for her and her family with a criminal underworld.
Cast: Aya Kitai,Hiroki Ino,Haruka Imo,Yura Komuro,Yota Kawase,Ko Maehara,Ryohei Abe,Nobu Morimoto

Iron Butterfly will make an ‘authentic’ landing at the Egyptian Theatre

Iron Butterfly brings its “hippie” rock to the Egyptian Theatre this weekend.