The Sundance Institute’s top-ranking staffer based in Utah will step down from her position in December, capping a career with the organization that dates to an era when the film festival was a fledgling event for independent filmmakers.

Jill Miller, the managing director of the institute, will remain as a consultant assisting Sundance with an international program called Film Forward after she steps down.

Miller has been on the Sundance staff for more than 20 years, working her way up to the top Utah position. She holds the No. 2-ranking position in Sundance’s staff hierarchy behind Keri Putnam, the Los Angeles-based executive director of the institute.

"I am so proud of everything that we have accomplished including the growth of the festival and expansion of programs and support services that we offer artists around the world," Miller said in a statement released by Sundance. "I will miss my colleagues but look forward to shepherding a smooth transition before embarking on my next adventure."

A successor has not been named and Sundance early in the week did not outline a schedule for a hiring. The institute, though, said the managing director position will remain based in Sundance’s Park City offices.

Miller is a crucial figure at Sundance who runs the day-to-day operations of the Park City offices. She has long had an important role in the relations between festival organizers and City Hall.

Miller frequently represents Sundance in its negotiations with Park City leaders, most notably in the talks that led to a landmark deal between the two sides in 2005.

Under that deal, Sundance agreed to hold the festival in Park City through 2018 with a 10-year option following the initial term. The deal also made it possible for Sundance to move its Utah offices from Salt Lake City to Park City. Sundance located the offices in a historic building on the grounds of Silver Star on the edge of Thaynes Canyon.

Mayor Dana Williams said Miller was key in strengthening relations with City Hall, calling her "the go-to person for a very long time."

"She’s been probably the most instrumental person involved in this, certainly for my whole time in office," Williams, who became mayor in 2002, said.

Williams said City Hall and Sundance hope to negotiate an agreement for a long-term contract to hold the festival in Park City past the 2018 edition. He noted Miller’s departure will follow in the months after Tom Bakaly left as the Park City manager for a municipal job in California. He said Miller and Bakaly were the chief negotiators for City Hall and Sundance. 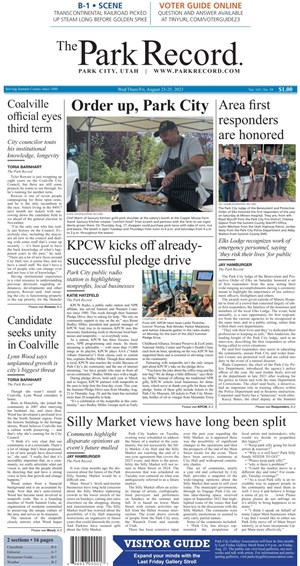